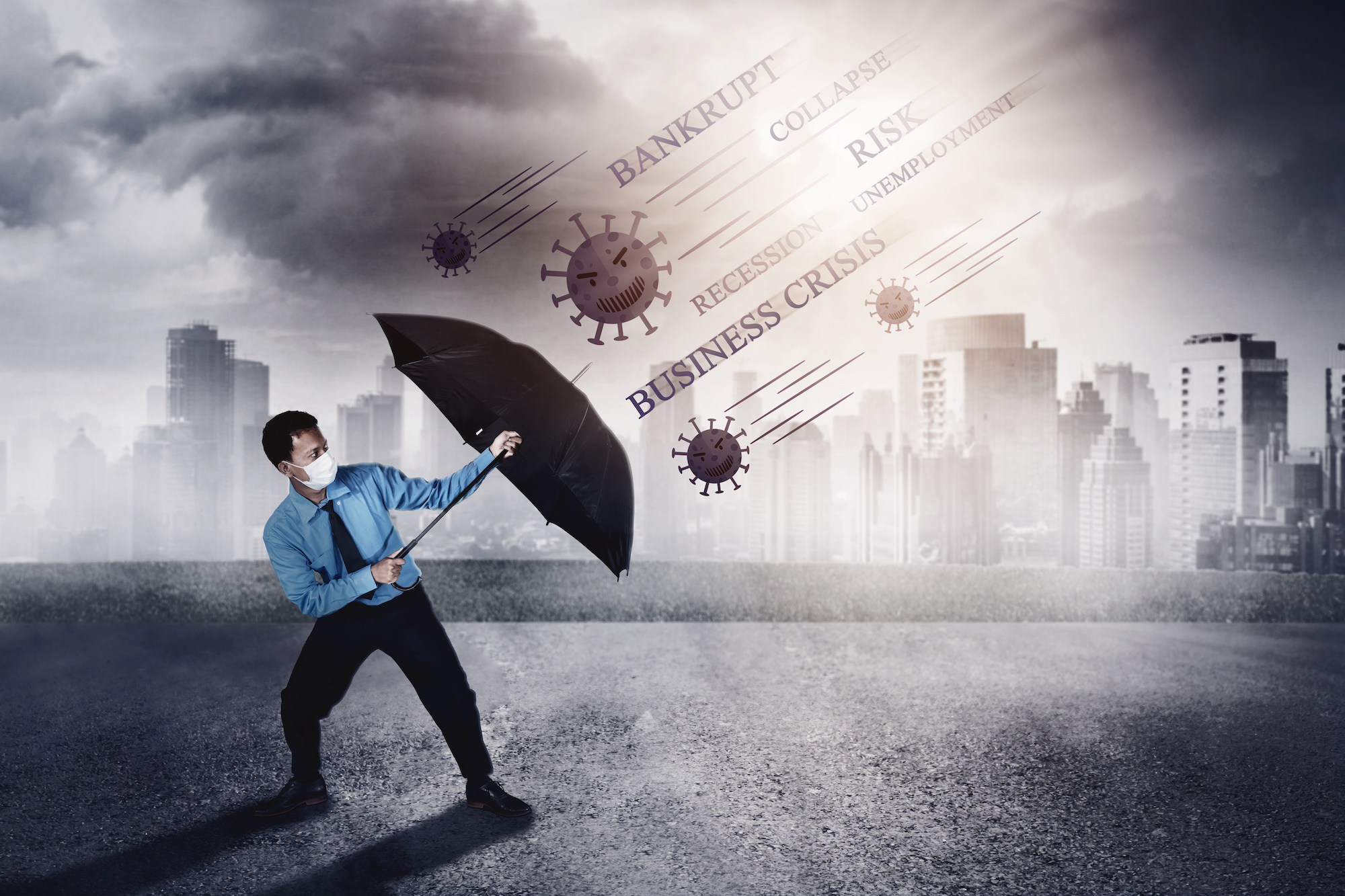 The year 2020 started with a bang and it refuses to stop with the rollercoaster of surprises. We’ve had a lot to deal with so much that it feels like the universe accidentally put a decade worth of misery in the same year. And then, came the election. We’re still counting the votes, in case you’ve stopped checking the news.

Whether you’re a Republican or a Democrat, election stress and election anxiety might have gotten to you by now. And now that the results are out, things may not be celebratory for everyone. A study has revealed that depression may follow post-2020 elections.

In 2016, a set of researchers interviewed about 500,000 people across all the 50 states to find out how they were feeling around the election time.

They found that the states that supported Hillary Clinton experienced a 15% spike in mental and emotional distress between October to December. The condition worsened throughout the first half of 2017.

Countless people don’t even realize the amount of toll constant poll updates can take on our brains. So, what happened in 2016 can essentially happen in 2020. Perhaps more because the stakes were higher this time.

In fact, a survey by the American Psychological Association reported that 70% of adults had high pre-election stress this year. Nearly every citizen had an extreme opinion about the 2020 elections, so there’s a huge possibility that they’ve affected both sides – positively and negatively.

Why elections affect us

The purpose of the study was to encourage people to take care of their mental health. It may not seem like the elections affect us too much but that can’t be further from the truth.

The election process and results can directly create a significant impact on our emotional well-being.

Our relationship with the government is as important as the one with our loved ones. Mostly because they decide our future. We’re so emotionally invested in each of our candidates’ performance that it affects us when we don’t get the desired results.

The higher the stakes, the more you feel it.

Another reason for election stress may be isolation or solitude. This year, specifically, people have been feeling lonely due to the pandemic-driven lockdown.

Younger people from ages 18 to 24 are reportedly most likely to experience loneliness. So, as you burden yourself with additional political stress, it’s natural to feel exhausted and burned out.

What’s not natural is continuing to inflict that torture on yourself without finding a permanent solution for it.

According to Clinical Psychologist Liz Matheis, who deals with special matters, there are a few common telltale signs of election anxiety. You may have election anxiety if you are

Even as Joe Biden has been announced the 46th President-elect of the United States, the anxiety refuses to settle because the counting won’t stop. It’s been 4 days and Georgia, North Carolina, and Alaska are yet to finish the race.

The anticipation can bottle up and compel you to turn to various coping mechanisms.

Alcohol consumption has already become a common response to COVID-19. So, when you add politics to the picture, you’ve got a recipe for disaster.

Fear, guilt, anger, shame, and depression are some of the most common internal triggers for substance abuse and addiction. When you’re so emotionally invested in the elections, it’s not unusual to feel one or more of these triggers kick in when the candidate of your choice doesn’t win.

Your brain learns to crave drugs when it’s stressed out. Election stress is no different. It’s Pavlov’s classical conditioning. So, it’s possible for you to feel the urge to use drugs, for example, if you’re consuming a certain type of political content from a particular social media page.

You may also use substances if you’re feeling vulnerable. That’s also why prescriptions for opioids increased significantly in 2016 and a high voter turnout was experienced in counties struggling with drug overdose as they may have been feeling vulnerable since the previous elections of 2012.

It’s easier to find escape in substances. Most people actually turn to them because they offer a quick fix. That’s also why therapy and treatment are so underrated and underutilized. They are time-consuming and require constant work.

What should you do instead?

Focus on doing what you can control right now. Here are four things you can do right away to cope with election stress and anxiety.

What’s done is done. You did your part by voting for someone who you deemed fit for the President’s office. Now, it’s time to think about your life post-elections.

Give yourself a break.

All you can do is stay informed but cut down on the mindless scrolling and quit burying your head in the news. You don’t necessarily have to quit the conversation but make sure to turn off that TV for a while.

Speaking of TV, social media is yet another culprit for poor mental health post-election. Although teenagers have reported that social media has a positive influence on them, it’s unwise to overlook its negative impacts.

Eating disorders, troubled sleeping patterns, and depression have all been linked with social media time and again. Know when to stop or determine a fixed routine to avoid overindulging.

If you think you can’t stop using your phone no matter how much you try, make it a habit to sleep without your phone. It’s a difficult decision to make at first but once you get used to it, you’ll never want to go back to your old ways.

You can consume uncomfortable content all you want throughout the day but reserve bedtime for some light-hearted, easily-digestible content if you want to improve your sleep pattern.

Because everyone has such extreme views on subjects today, it has become easier to be ignorant and intolerant toward differing opinions.

This might take some getting used to but learn to be okay with opposing views. “Stop demonizing people who think differently than us,” says clinical psychologist Lynn Bufka.

Understand that you can’t change anybody’s views in a day because their experiences are bound to be different from yours.

Remember that you can only control your actions, so learn the art of letting go when discussing political matters such as the elections.

Lastly, AARC is here to offer any help and support you need to cope with election stress and anxiety. Speak to us if you’re seeking medical assistance and we’ll get on to finding a solution to your problem right away.